Skip to content (Press Enter)
HomeUncategorizedWe are Expanding Our Herd 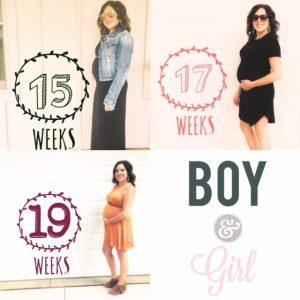 Well, in case you haven’t HERD, we are expecting twins this November! Can you believe it?  Our fertility journey wasn’t the easiest and I still cannot believe we are lucky enough  to be having twins.

What makes it even sweeter?  We have one farm BOY and farm GIRL growing in there.  Doesn’t get any better than that.

So, the question everyone asks me like a bajillion times a day, “How are you feeling?”.

Honestly, most days I hardly feel pregnant.  If it wasn’t for all the ultrasounds, I wouldn’t believe I had two babies growing in here!  I never got sick or had any food aversions.  The only early pregnancy symptom I had was fatigue. Most women would say, “That’s awesome, you are so lucky!”.  But for someone who struggled to get pregnant and had two miscarriages, this freaked me out.  According to everything I googled, my pregnancy symptoms should have been twice as bad since I was carrying twins and I had nothing!  I spent most of the first trimester worried and wondering if my babies were still growing in there.  PSA: DON’T GOOGLE STUFF WHEN PREGNANT.

I did my best to stay positive and became more confident with each and every ultrasound. (Luckily I had A LOT of them).  I was relieved when we hit the second trimester and our chances to miscarry decreased dramatically.

At 19 weeks we had our “big” ultrasound.  Not only would we find out the genders of our babies, but they would measure everything!  I was amazed by all the stuff they could identify; heart, liver, stomach, brain, blood flow, etc. Its no surprise that this ultrasound took two and half hours…. I’m pretty sure Tom fell asleep at one point. 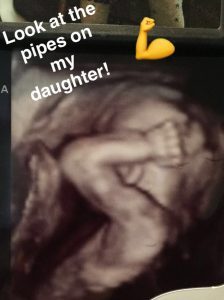 At this appointment we learned that our baby boy had a two vessel cord instead of three.  Our doctor assured us that this wasn’t a major deal and that it was fairly common among twins.  In most cases, a two-vessel cord baby may just grow a little slower, but it can be related to heart and/or genetic defects.  Obviously this freaked us out.  Our doctor suggested we do a fetal echocardigram to look at the babies’ hearts for defects.  She also recommended we test for genetic defects.

We agreed to the fetal echo, but opted out of the genetic testing.  Why? The genetic test doesn’t give you a definite answer, it just tells you if your child is at risk or not.  The way we saw it, this little guy is going to come out however God made him.  There ain’t nothing you can do about it, so why run extra tests and worry about a test that doesn’t even give you a definite answer?

I’m happy to report that after further testing and ultrasounds, both babies are in perfect health and growing rapidly. Oh, and so am I; by 23 weeks I had gained 17 lbs.   Watch out friends, I am large and in charge! 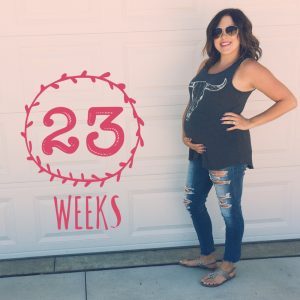 I have begun seeing the high-risk doctor on a weekly basis to monitor the babies’ growth.  I’m not a fan of driving an hour into the big city every week, but at least I get to see the babies regularly.  Doc says the babies and I are looking good and that she is not really concerned about the two vessel cord.

Tom has made farm life pretty easy for me; my chores are minimal these days.  I still feed calves, but Tom won’t let me sort cows or move calves anymore.  I know it’s a good thing, especially with this darn heat, but I feel worthless sometimes!

Not much else to report.  I’m a pretty boring pregnant lady – no weird cravings, problems or symptoms.  Pre-pregnancy, I was all about vegetables and savory foods and while I still enjoy these foods, I find myself choosing fruit or sweeter things instead.  Tom is happy with this change because now I regularly have ice cream in the freezer. 😉 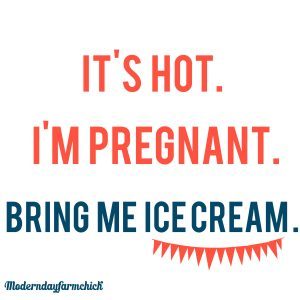 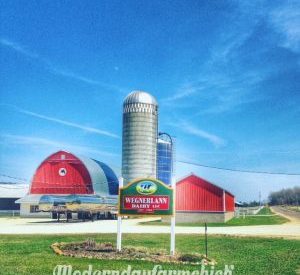