Skip to content (Press Enter)
HomeUncategorizedCOWfessions: Stories From the Barnyard

Growing up on a dairy farm has taught me many things.  One of them being that funny, embarrassing things happen and the best thing you can do is laugh about it.  Life is too short not to laugh!  I asked my Facebook followers to share their crazy farm stories with me and now I share them with you.  Do you have a funny farm story? Please share it!

“When we were still milking in our tie stall barn, my sister-in-law and a friend were over chatting with me when I was milking. I have a space between my front teeth. I went to say something at the same time the cow I was squatting next to hit me in the face with her tail and a dingleberry on her switch got stuck between my front teeth! Needless to say…I have a great immune system :-)”
-Kris, NY dairy farmer

“As a kid, nothing was quite as funny as seeing my dad get kicked in the balls.”

“I was feeding calves and pigs a few weeks ago and things were hectic, we were chopping corn and I was in a hurry to get back to scrape the barn and get the next group of cows for the milker. I was carrying a full bucket of milk for the pigs and tripped on a root. I fell, landed on my forehead and my wrist. Now I’m on my knees and laughing and crying. I have a very sensitive vagus nerve and tend to get light-headed and nauseous when I get suddenly hurt so I was staying down till I got my bearings. My partner in crime looks back, not realizing I had hurt myself, and asks me (while holding back her laughter) if I was crying over the spilt milk or had I gotten hurt? We still break out laughing when retelling the story!”
-Corinne, NY dairy farmer

“We were out doing calf chores and I caught my daughter, Taylor, letting a calf lick her stomach. She was totally oblivious to the fact I took her picture because she had her shirt over her head.”

“When I was a little kid, we had a bull named Lucky.  I would be out in the woods and Lucky would see me, take off running and bucking his head toward me. He would stop right in front of me and want me to scratch, rub, and play with his head.  He did this to my dad once and later that day he was gone. I was sad and told dad he just wanted to play, we do it all the time. Lucky wasn’t so lucky after all.”
–Chris, WI dairy farmer

“I was feeding calves at a small dairy during college and  was normally in and out within two hours, so having to use the bathroom was never much of an issue. Well, one day I had to pee and I was not even close to done with my chores. I didn’t feel comfortable going into their house to use the bathroom, so I  decided to pee in a pen, which I certainly had done before, except this time  one of their sons walked in the barn and kept calling for me to see if I needed help.  It was not easy getting my jeans and  bibs up without him noticing… just a little awkward!!!!!” 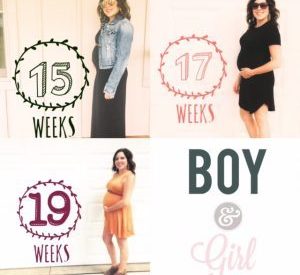 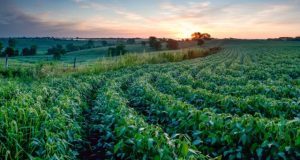 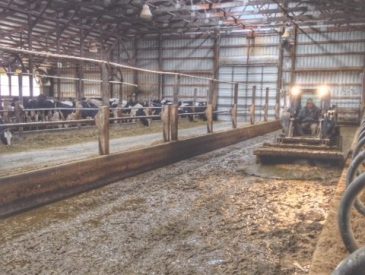