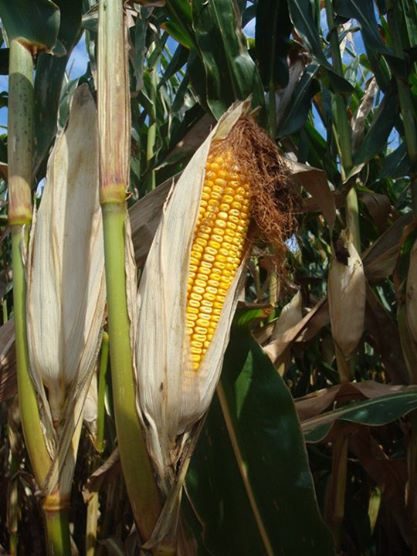 If you eat food, read newspapers, watch television or surf the internet, it is likely that you have heard about genetically modified organisms.  It is also likely that the media has instilled some fear into you when it comes to biotechnology.  In my opinion, there is nothing to be fearful of.  GMOs are used to help farmers use LESS land, LESS water, LESS fuel and FEWER pesticides/herbicides.  With a growing population and fewer available resources, using a technology that allows farmers to grow more with less sounds like a no brainer to me.  So, what is the hype all about?

If you ask me, it is fear of the unknown.  For some reason, advancements in technology are viewed positively in just about every industry… except agriculture.  You wouldn’t demand that your surgeon use only techniques that were developed in the 1960s, so why are farmers expected to use out-dated methods?  Consumers are looking for that big, red barn on the hill with two cows, two pigs, two sheep, two chickens, etc. and that vision is one of the past.  Just like every other industry, agriculture is growing, advancing and using modern technologies to become more sustainable and profitable; it seems to freak people out.  The population is increasing and folks are growing further away from agriculture.  Back in the day, if you didn’t grow your own food, your neighbor did. During that time, consumers were producers and saw first hand how crops were grown and animals were raised.  A majority of today’s society is extremely distant from modern agriculture and there is much they are not able to see or understand; GMOs being one.

GMO foods have a long, safe track record (18 years in the marketplace).  Most people don’t even realize they have been eating GMO foods since the mid-1990s.  Since their introduction in 1996 until now, foods derived from GMO products have been deemed safe and nutritious by regulatory agencies.  Currently, three major agencies regulate genetically modified crops, the U.S. Department of Agriculture (USDA), the Environmental Protection Agency (EPA), and the Food and Drug Administration (FDA).

The purpose of genetic engineering is to insert a gene or genes from a donor organism carrying a desired trait into an organism that does not have the trait.  It is that simple, take the good from one organism and insert it into another and create an organism of greater quality. It is too bad we cannot do this with men. 🙂  There are several genetically engineered products currently on the market including, corn, squash, canola, soybeans, and cotton.   A majority of these GMO products have been produced to help farmers with age-old problems such as, drought, insects, weeds and disease.

GMO varieties are able to withstand pests and weeds, therefore allowing farmers to use pesticides and herbicides sparingly, if at all.  There are varieties that are more resistant to disease, allowing farmers to yield a better crop.  There are even GMO products that can tolerate and prosper in dry soils that would otherwise not support growth.   According to the World Wildlife Fund Living Planet Report, at our current rate of consumption, it takes the Earth 1.5 years to regenerate the renewable resources we use in a single year. At this rate, by 2030 we’ll require double the planet’s resources to meet the population’s needs.  Genetic engineering helps farmers increase yields while using less available resources.

Some think this new technology is just crazy, but humans have been using similar techniques longer than you think.  For years, farmers have been keeping seeds from the best crops and planting them in following years, breeding and crossbreeding varieties to make them taste sweeter, grow bigger, last longer.  With this technique, we have transformed the small, wild tomato into today’s big beefsteak variety.  We have crossbred dogs to make them more resilient to disease and increase their life span.  How about vaccinating our children to make them more resilient to disease?  Genetic modification is nothing new. 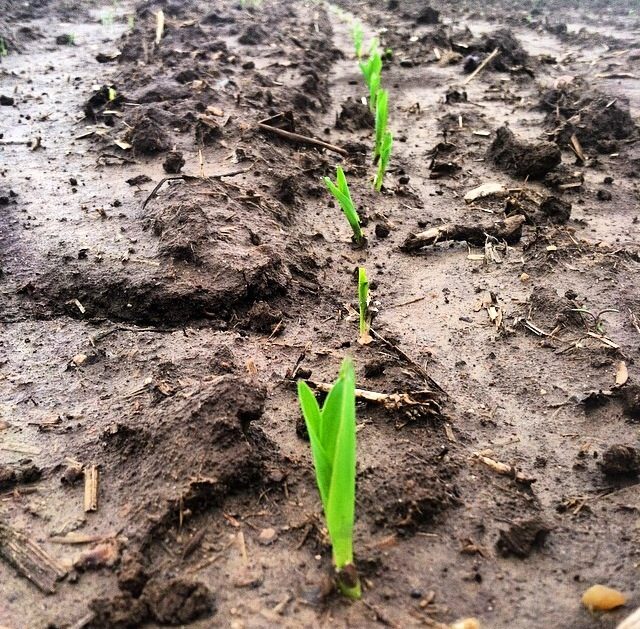 If you ask me, GMO products will play a vital role in the future of agriculture and our food supply. Close to 870 million people—most of whom live in developing countries—were chronically undernourished in 2010–2012, according to the United Nations Food and Agriculture Organization.  GMO varieties allow farmers to produce more of a high quality product and allow consumers to purchase at a lower price. Estimates indicate the world’s population will reach 9 billion by 2050, including middle class growth of 3 billion.  Not only will GMO products increase yields to feed this growing population, but they will offer the poor and middle class a safe and affordable option to feed their family.  Another bonus yet, GMO products allow farmers to be more profitable.  By using less and yielding more, we can put a few more dollars into our wallets and do a better job of providing for our families and yours.  Activists would like you to believe that those using genetic engineering are giant, money-hungry corporations, but many of today’s farmers grow GMOs and feed them to their own families.  They are farm families that have been working and sustaining the same ground for generations.  Families that drink the same water as you, breathe the same air as you, and play in the same dirt as you.

Perhaps you are skeptical and that is fine, you do not have to agree.  In fact, you do not even have to eat GMO products if you don’t want to; you have a choice.  Choice is one of the great things about our food supply.  You have the choice to buy organic, conventional, natural, genetically modified or even grow your own.  My kitchen is filled with a variety of choices; I grow some of my own, buy some from the local farmer’s market and buy some GMO products from my nearby grocery store.  I feel comfortable knowing that no matter what my choice is, I have a safe and nutritious product being served on my kitchen table.  I am PRO GMO. 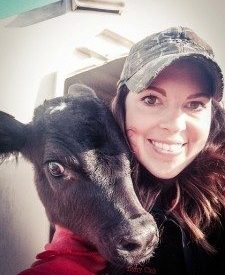 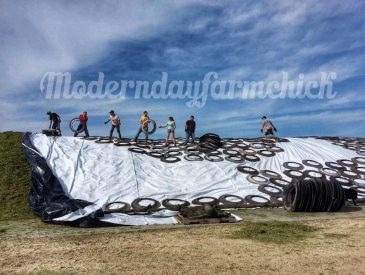 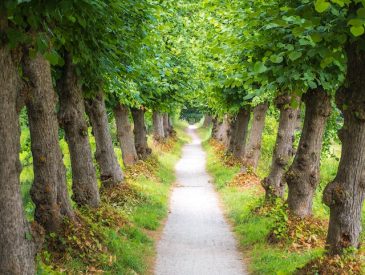